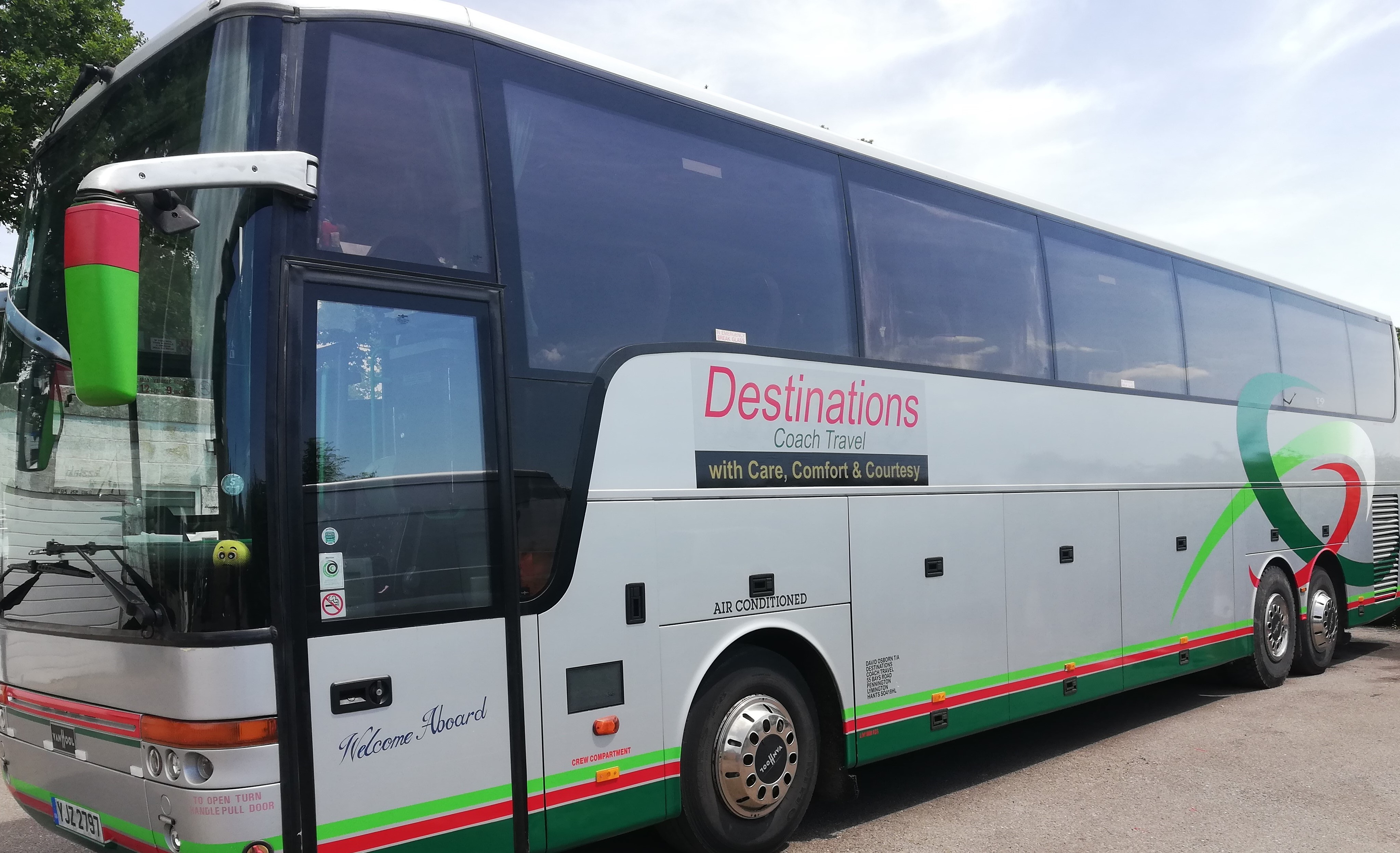 Proud to stand by our company's vision of   "Care, Comfort & Courtesy"
We take this very seriously as we know that you, the customer has a choice.

All our valued staff follow our vision to ensure that all our customers receive the very best service.

After many years experience in the coaching industry travelling extensively in the U.k. and Europe, we know that the Quality of the Service from all of our staff, is paramount to the success of the Company so far, and whilst we are not by any means the biggest company in respect of vehicles, we strive to be the biggest company in terms of the quality of our service.

All our drivers are CRB checked, have valid Driver Qualification Cards, and all our vehicles are fully insured and regularly maintained and serviced.
All of our vehicles are fitted with seatbelts, reclining seats, air conditioning, have toilet facilitiies and curtains.

"Very good service. Coach was on time at each occasion, and very helpful. Coach was clean and comfortable. Couldn't ask for anything more. Would definitely recommend them, and use them again"

"Chris was a great driver. Turned up early due to his careful planning of potential traffic. He was very happy waiting until we were ready leave. Drove us steadily in his well appointed coach, plotting a perfect route to avoid lengthy delays! Picked us up on time and dropped us home safely. Great experience, great driver. Can't recommend highly enough!"

"Our trip was from Southampton-Newquay (return) for a stag do and we had the best driver (Dave) Absolutely spot on ;) one of the nicest guys about. He was patient with our group, helped us load up. Nothing was any trouble for him. I’m really pleased with how chilled/laid back he was. He knew what he was doing, planned stops ect to get the most out of our trip. Please if your looking for a coach trip Book with Dave from destination coaches. Clean tidy and coach is modern. One very happy customer. Any future bookings will be with you ;) Cheers Dan"

"The members became very stressed when they had to wait as apparently the driver had been sent to the wrong address because our manager failed to put Sainsbury redcar street which was meant to be the pick up point. However, the driver didn't phone us to find out where we were until 10.36 and then even though it was only just around the corner - 5 mins away, didn't turn up until 10 50 when the coach arrived and went straight past the people waiting and round the block again and people were worried that he was going without them! I have had a lot of negative feedback about that one. It was our fault originally apparently, but I couldn't understand why it took so long to get from the warren centre round to Sainsbury. However, the driver himself was very pleasant and friendly and the rest of the trip went fine. It was a challenge for him to find places in Christchurch to drop off and the same in Bournemouth. Unfortunately, because of the nature of our people's issues, some people stress about things that maybe don't matter that much. The driver was very nice. The coach was not that clean. Apparently kids had been on the day before and brought forest pine needles in which are difficult to pick up. I did get feedback about empty bottles being on the floor etc., and it needing to be a bit cleaner. (However that was from someone who is obsessional) Others said it was not too bad. The coach was o.k. for comfort"

"Excellent service - prompt and a smooth journey. The driver was so helpful and friendly. Definitely recommend!"

"The team were great, drivers helpful - had a really good experience - would use again and would recommend!"

"I would highly recommend Destinations Coaches. Very friendly service from start to finish. Our lady driver was lovely and very accommodating and she phoned the day before to go through our day which was a first for me. The coach was very clean and comfortable and good price."

"Can’t rate them as they were not the company who finally supplied our coach. It was another company who had the wrong details, no parking had been booked (we were going to Wembley Stadium so it was necessary,) and I was told that I would have to pay for it and that it would be expensive as it hadn’t been booked in advance. At no point had anyone spoke to me prior to the day to discuss this. I don’t even understand why it would be my responsibility to arrange parking!! I spent most of the journey worrying as a result as I did not have the funds. In the end we were unable to get parking as the game was a sellout, we were late entering the stadium as time was wasted trying to find parking and we were literally thrown off the coach as the driver had to stop on a busy road. I then spent the game worrying about where the coach had gone to park and if I would go back to a demand for money I didn’t have. A very bad experience which ruined the event for me and made me feel embarrassed as the driver announced to the full coach that parking had not been arranged and I felt made it look like my fault. Very poor all round and I’m not actually sure who was responsible for the breakdown in communication but I’m not able to recommend Destination Coaches due to this."

Operator replied on 13th November 2019, 1:12pm:
"We apologise for the issues with the company who took you to wembley, and certainly the issues with the driver and the details will be investigated as all the relevant details were sent to the coach company the day before your journey. As far as the parking issue is concerned, your journey was booked through Coach Hire Comparison, and when your confirmation is issued it clearly states "This quote does not include any parking charges except on airport transfers. This additional charge has to be paid by the client" and goes on to say that all journeys are subject to our normal terms and conditions to be found on our website. I"

"All was great - no issues at all. would definitely use again in the future"