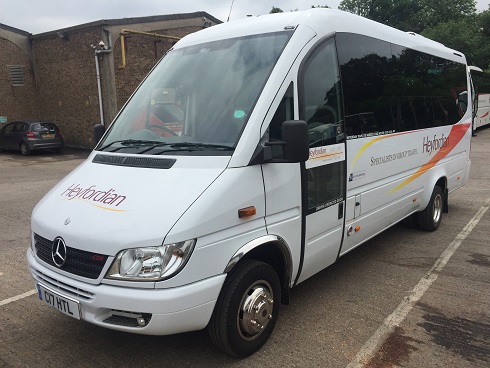 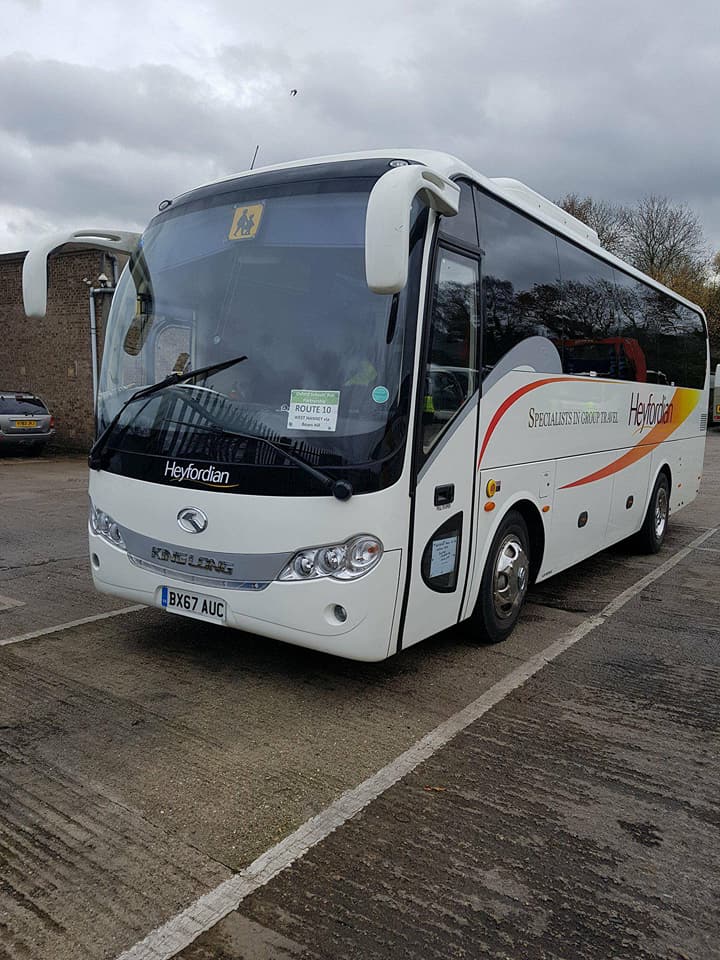 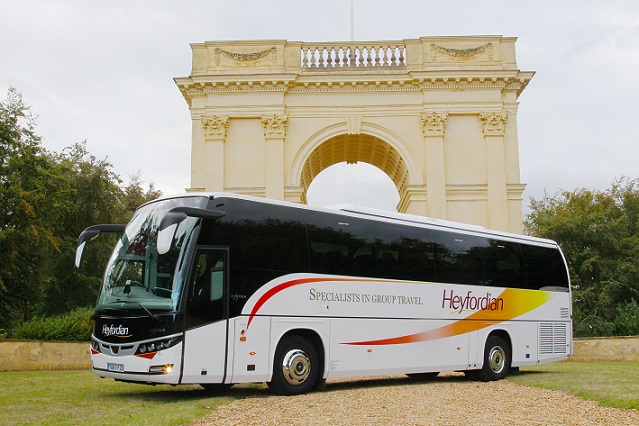 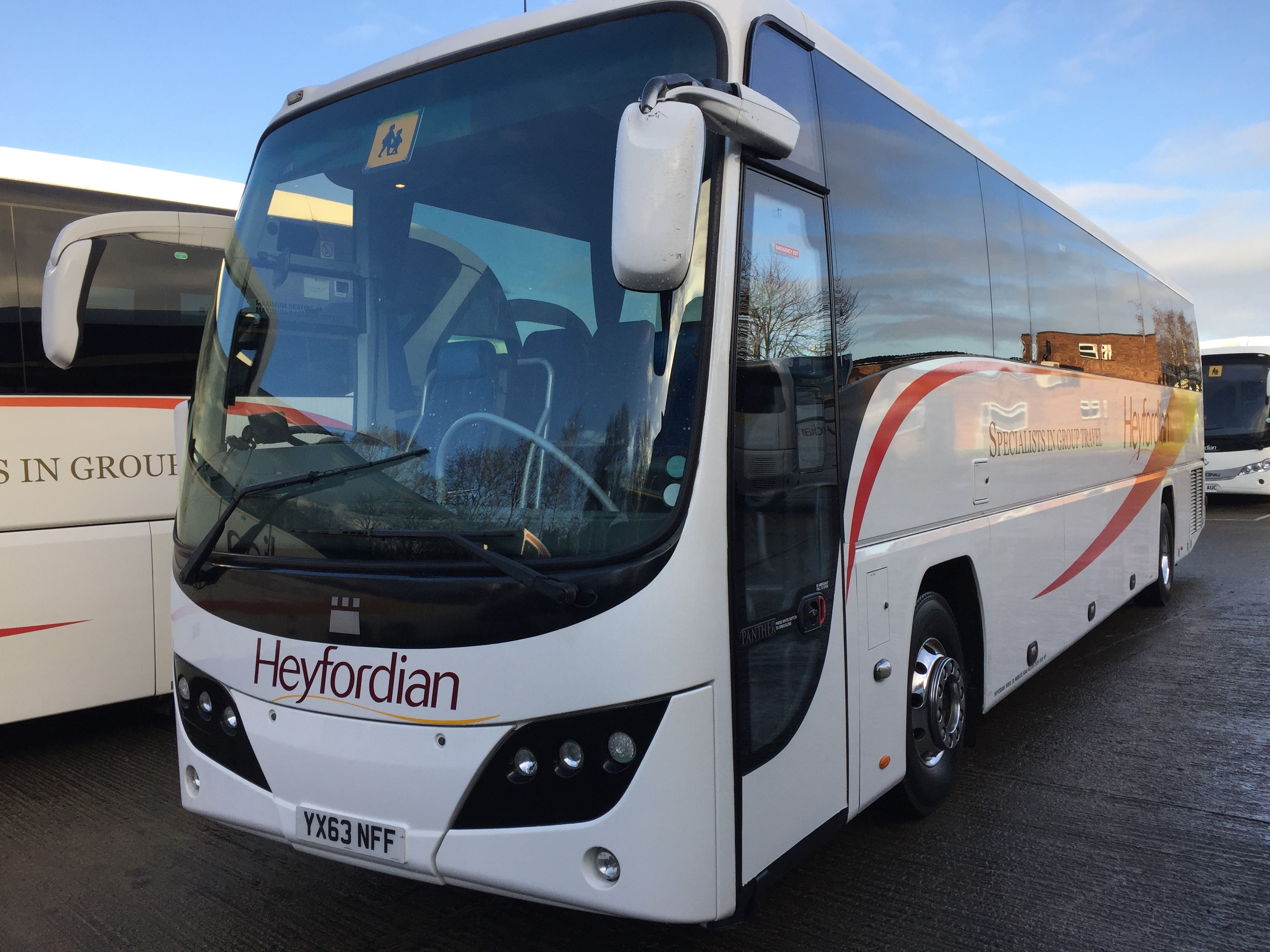 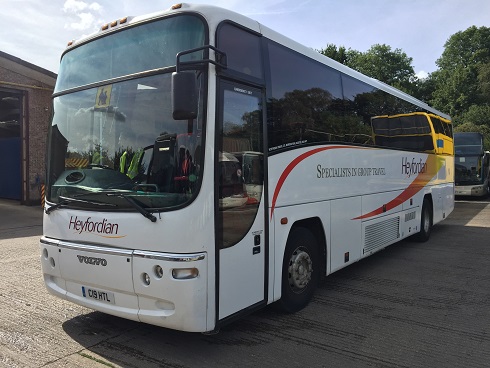 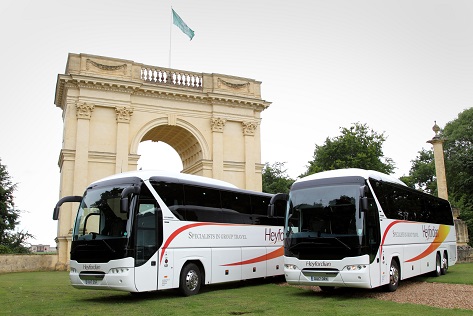 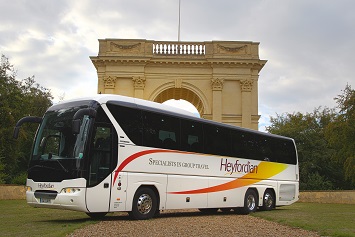 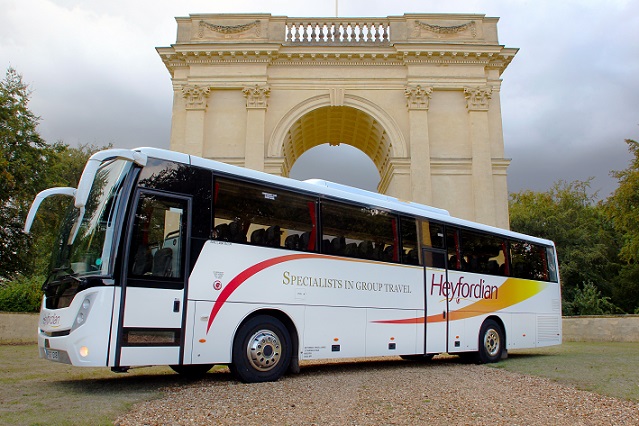 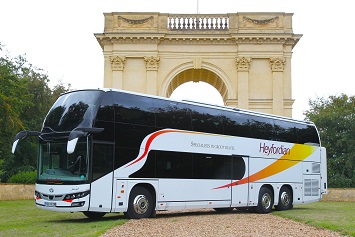 Heyfordian operates a fleet of coaches and minbuses ranging in size from 16 to 82 seats driven by well-trained professional drivers. For coach hire in Oxford, Bicester, Buckingham, Milton Keynes or High Wycombe call your local number for a competitive quotation.

We can provide a vehicle for all your travel needs – from a day out in London to a night at the theatre, a multi-day tour, school educational trips, river cruises, small and large group airport transfers, afternoon teas and visits to historic houses and gardens. Heyfordian’s customers travel in comfort and safety and arrive at their destination feeling relaxed and refreshed.

Passengers enjoy travelling with us because we go above and beyond to offer the highest of standards.  We pride ourselves in offering a helpful, reliable and friendly service – and have been doing so for 70 years!

So, for quality coach travel or hire in Oxford, Banbury, Bicester, Milton Keynes, Aylesbury, Buckingham or High Wycombe to any destinations in the UK or Europe please contact us – we’ll be only too pleased to talk with you!

"Always an efficient service and helpful drivers. Journey was great and on schedule both ways. The driver was very helpful and coach as always was clean."

"As a school, we are always happy with the service we receive from Heyfordian. Always on time, professional and can be flexible. Many thanks."

"This coach company have been fantastic , reasonably priced, punctual , efficient, excellent customer service from the driver who was very friendly and welcoming, many thanks!"

"We were delighted to have George as our driver as he always does his homework and tries to ensure all goes smoothly.He is helpful and mindful of the group's requirements. Now George has his own coach he keeps it very clean and ensures the equipment is in working order."

"Very efficient, helpful and friendly coach driver who took us safely to our destination on time despite having to detour around an accident area. Many thanks to the company who have always been extremely helpful."

"The journey was great, the bus driver was nice and had a good appearance. The bus was very clean and smelt lovely and was very comfortable and felt safe when we were driving. However, after having confirmed the day before with Heyfordian where and when we would get picked up (they sent a picture of the bus stop!) the bus was 25 minutes late, and stopped in the wrong place for us so we had to walk further away from where we had been told to meet the bus. Although it was fine in the end in terms of timing for the event, if I hadn’t planned in extra time for the journey we would have been very late for our event. The lateness wasn’t acknowledged by the driver until I said something and he showed me that he had been given vague instructions- so there must have been a miscommunication somewhere. He had also said he had been waiting on Headley Way 20 minutes prior to the meeting time, but I don’t think this to be true as he would have been facing the wrong way. But not to take away from the fact that he got us there safely, drove very well and we enjoyed the quality of the bus very much."

Operator replied on 26th February 2020, 8:48am:
"Good morning Natasha Thank you for the feedback. Apologies for the miscommunication on the pick up point. We will be investigating this further with the driver on duty. We are glad that you and the group got to the destination on time. Many thanks"

"Journey was fine. Coach arrived on time, the vehicle was clean and comfortable. Upon returning coach was also prompt and similarly clean. The drivers didn't say much but were polite."

"The journey was fine but unfortunately the roadworks in London were just horrendous but Alexa handled them well. Alexa is a very calm and courteous person and was open to any helpful instructions. The vehicle was clean and comfortable."

"It went really well. Bus driver was very friendly and he was on time for both journeys. Bus was very clean and comfortable."