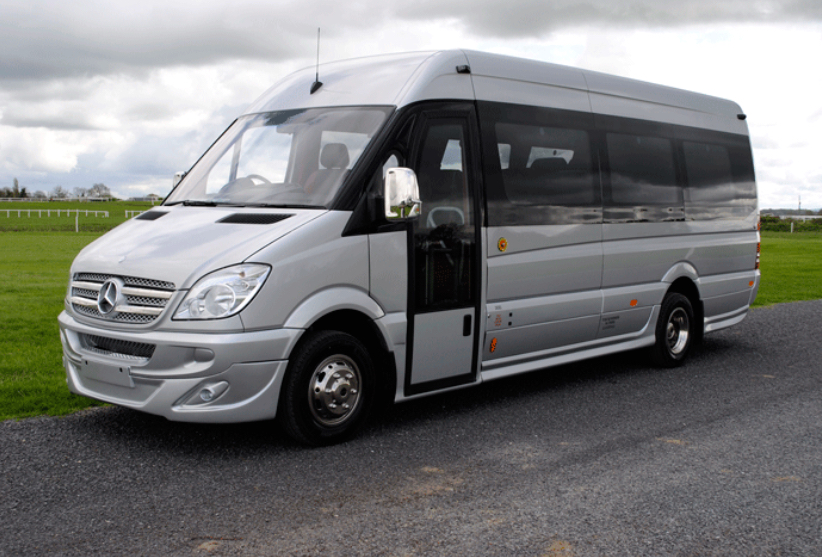 Welcome to Castle coaches offering a private and corporate travel service to suit your personal or business requirements. We offer a professional service via our team of fully trained friendly staff, who can offer advice and guidance on your individual solutions effectively taking the headache out of planning your journey.

We can provide private Minibus hire for day excursions, airport transfers, family outings and school trips; we also operate business and corporate Minibus hire. Our fleet of standard and executive minibuses meets the highest levels of safety and comfort. We pride ourselves in offering a service that is second to none, with punctuality and customer satisfaction our priority.

Please contact us if you have any further questions or queries or to make a booking enquiry.

What is a Restricted licence?

"We used Castle Coaches for a stag party of 14 to be taken and picked up from Luton Airport. The driver was on time for both journeys, and the company was very responsive to my text messages and phone calls leading up to the trip. The drivers were friendly and helpful. The mini-buses were clean and got us there and back in one piece. I would definitely use Castle Coaches again."

"Driver was late on both trips but otherwise it was good. He was helpful and ensured a bigger vehicle for return journey as we were a little cramped on the outbound leg. Driver was professional and helpful, he kept us informed of timings and ensured stops were good. vehicles were clean and comfortable except outbound vehicle was cramped, I am 6 feet 5 and couldn't sit facing forwards due to leg room."

"Did turn up 30 mins late but they did let me no they was running behind. Good mini bus driver was friendly and helpful Would recommend"

"Top class service , I even gave the wrong flight number and still worked around me and sorted me out , would never change company"

"Driver was very punctual and friendly. The journey was smooth start to finish. The minibus was very comfortable and clean. Would definitely use again. 5 stars :-)"

"Unfortunately the Castle Coaches minibus broke down on route, but they ordered a different taxi to collect us and then made up the difference in cost. Would definitely use again,."

"Payment was easy. Good communication with the company and driver. Coach turned up in good time and exactly as we requested to transport a wedding party. Reliable and courteous. Would use Castle coaches again."

"The journey was very comfortable, the driver was very helpful, the minibus was clean , I’d use this company again "

"Picked us up 30 mins later than the originally agreed time, the driver afterwards refused to drop us home to where we had gone and instead dropped us at a train station on a bank holiday Sunday evening with no way to get home. The driver was rude, and unprofessional. We specified before the day we would like to be able to drink on the coach and he tried to charge us."

Operator replied on 8th May 2019, 10:25am:
"Hi Faye, I would’ve expected this review for the way you and your group had behaved on the journey. You failed to pay for being sick several times in the vehicle and also the police had to be called to remove your group who were being violent towards the driver. We have passed on Cctv to the police who will deal with damaging the vehicle and failing to pay the fine."